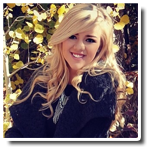 Robin Thicke’s, “Blurred Lines” was one of the summer’s most popular songs and it was blasting from every radio station in every car you set foot into. What people didn’t notice was what was behind the catchy beat was subtle hints of coercion and manipulation into non-consensual sexual acts. The song, which is cleverly titled, “Blurred Lines,” is a reference to how he can’t see her boundaries, which is our first red flag. In the pre-chorus, Thicke sings,

OK now he was close, tried to domesticate you
But you're an animal, baby, it's in your nature
Just let me liberate you

In this lyric, he is trying to convince this girl that she should “let loose” as opposed to being sucked into a relationship where she is not feeling as free. The last line is Thicke’s attempt to say that sex with him will not be the same, but it will be liberating. Then, in the chorus, he repeats, “I know you want it”.

Hmmmmm….. If I had a guy that was trying to hit on me and he said, “I know you want it,” I would probably be running away because that is creepy and I will have none of that. However, because Robin Thicke is famous and good looking, we overlook these very creepy lyrics.

I would like to advise everyone to listen more carefully to the music that they support and realize the meaning of the lyrics. If we listen to songs like these and sing along, we are downplaying very serious topics and sending the message to young men and women that they can treat each other like this and that it’s normal. In reality, the song may have a great beat, but the lyrics are clear that, “I have no respect for your boundaries, and making a move on you like this is sexy.”

Hmm… not so much.